Born in Antalaha in 1980, Jerry Marcoss is responsible for the national popularization of the kawitry genre of the northeast coast and has been termed the "King of Kawitry" by the Malagasy press. Since launching his musical career in 2001, Marcoss has released five albums and regularly gives performances across Madagascar, as well as in Europe and throughout the region. He is a high-energy performer and is distinguished by his positive lyrics, which are notably more universally comprehensible than many of his peers who sing in the northeastern coastal dialect of the Malagasy language. In 2006, he won the national award for Artiste Mafana de l'Annee ("Hottest Artist of the Year"). He has received several awards at annual musical competitions hosted by Radio France International, and has frequently collaborated with other popular Malagasy artists. 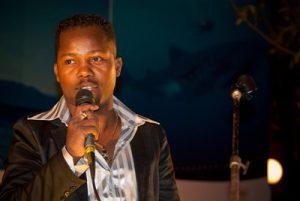 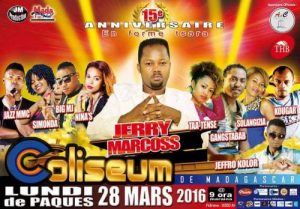 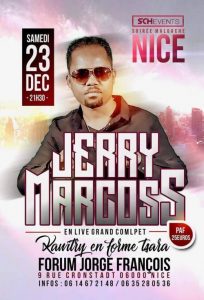 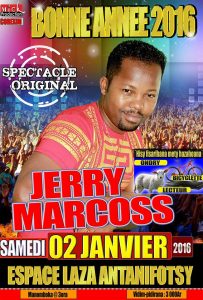 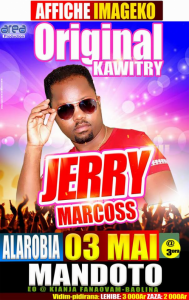