An artist from Taiwan

Yang Chihung was born on 25 October 1947, in Chungli, Taiwan. He developed an interest in art in early childhood, and found inspirations to pursue an artist career after reading Lust for Life – The Life of Vincent van Gogh, translated by poet Yu Kuang-chung, in junior high school. Between 1965 and 1968, he attended then National Taiwan College of Art, developing a sound foundation in oil painting under the tutelage of famous Taiwanese artists of the Japanese Colonial period, such as Liao Chi-chun, Li Mei-shu and Yang San-lang. Meanwhile, he actively attended events organized by the modern art groups of Taiwan, namely the Fifth Moon Group and Ton Fan Group, only to find himself both intimidated and dissatisfied with the then relatively conservative art environment in Taiwan. In 1979, he emigrated to the United States of America with his wife, Jane, and their son, Daniel. In 1984–85 and again in 1985–86, he was twice awarded a year's residency at The Clocktower Studio in New York City by MoMA. 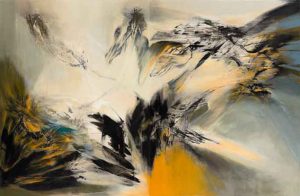 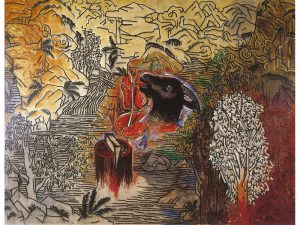 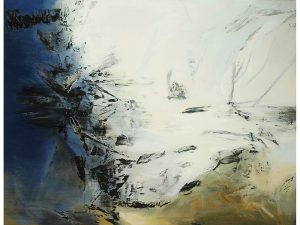